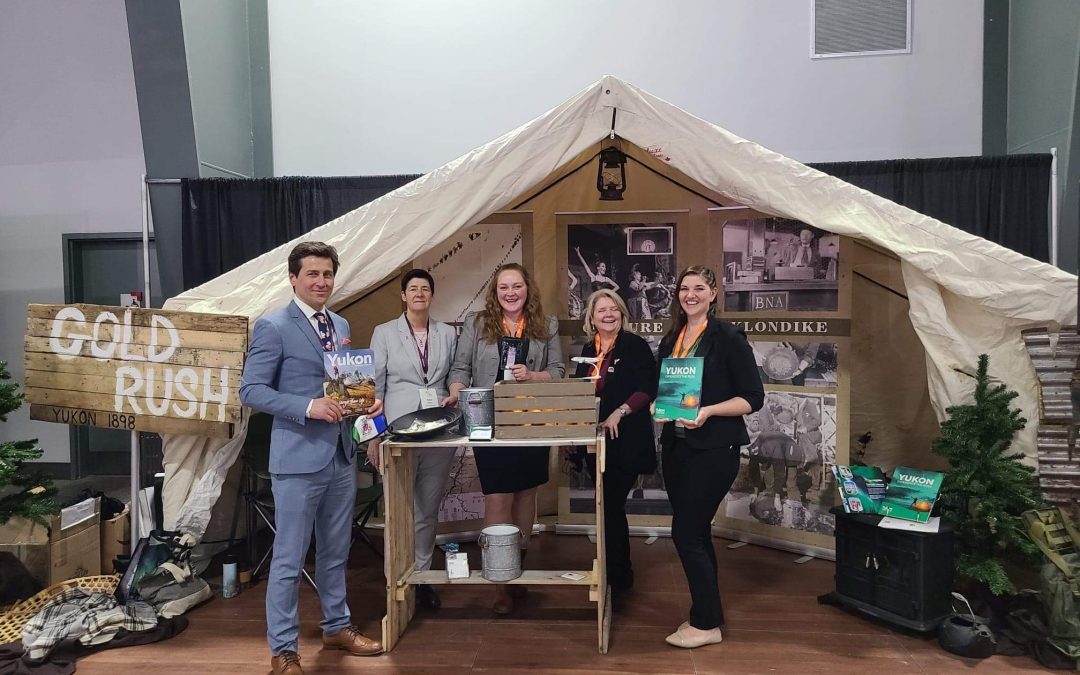 As one of the busiest and most important meeting area in the nation, Team Yukon was able to reconnect and meet with event planners from all across Canada.

The week comprised of four different events, hosted by different organizations in Ottawa.

The week started with Destination Direct Canada’s Hosted Buyer Appointments, where YCB & Partners had one-on-one appointments with planners over two days, dining and networking with any planner not able to meet during an appointment.

One full day was spent at the Tete a Tete Conference and Tradeshow, hosted by the CSAE Ottawa Chapter, where Yukon setup the eye-catching Gold Rush Tent and giveaway a haskap gummy sourtoe made by Chef Cat at Well Bread Culinary School, this was to let planners ‘practise’ before traveling to Dawson City and attempting the real thing. While attendance at the tradeshow was much lower than any previous year, the quality of leads generated and general interest from planners to learn about Yukon was greatly increased.

Ottawa’s MPI Chapter hosted a Lunch’n’Learn Session on “Economorphics: The Economic Trends Changing Today into Tomorrow” with Linda Nazareth on the final day, a great networking lunch to continue building relationships with contacts.

And finally wrapping up the week by celebrating Global Meeting Industry Day and enjoying a Gala Dinner hosted by MPI Ottawa Chapter. The Gala dinner included a fundraising auction that Yukon also provided a package for. The Yukon package was the highlight of the auction and raised over double the amount of any other destination.

Your support ensures YCB’s success in acquiring future meetings and events business for the Yukon.