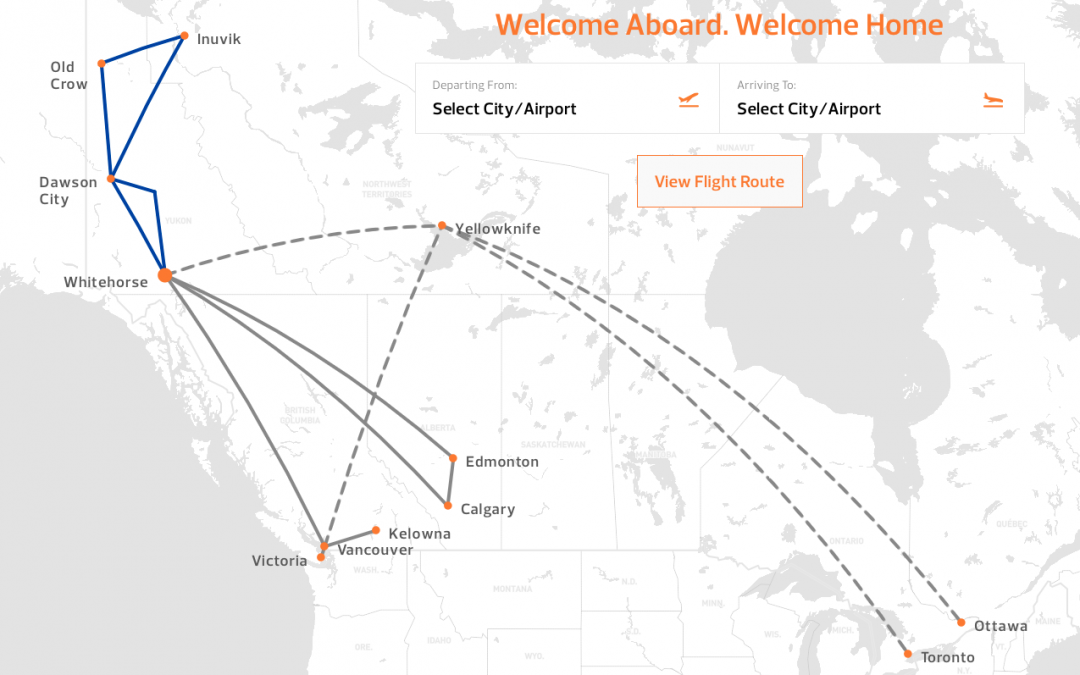 “As we look towards economic recovery in the Yukon and the Northwest Territories over the coming years, it has become evident to us that another connection to central Canada is going to be essential,” said Joe Sparling, Air North’s President and CEO. “Having a direct flight to Canada’s economic hub will kickstart opportunity for both territories.”

This sentiment was echoed by Garry Njootli, President of the Vuntut Gwitchin Development Corporation and a member of Air North’s board of directors.

“We’re very excited about the possibilities this route opens up,” said Njootli. “We are looking to grow opportunities for the Vuntut Gwitchin First Nation to secure our future, and shepherd opportunities for the Yukon and our partners in the Northwest Territories as well. Having this direct connection opens a lot of doors for growth for all of us.”

“Our investment in Air North over 20 years ago was made to guarantee affordable access to our community and create an economic opportunity for our people,” said Greg Charlie, a Vuntut Gwitchin member and member of Air North’s board of directors for the past 21 years. “We have seen this airline spread its wings since our investment. A new route like this one can only benefit Air North, the Vuntut Gwitchin, the Yukon, and the Northwest Territories. We’re very excited to see what grows from the seed we’re planting today.”

This will mark the first time Toronto has ever had a direct scheduled connection to Whitehorse or Yellowknife. Flights to Ontario aren’t new to Air North, however, as the airline began operating seasonal service to Ottawa in 2014 and has flown numerous charter flights to Toronto.

“The launch of this service marks a historic milestone for Toronto Pearson and Air North,” said Craig Bradbrook, Chief Operating Officer, Greater Toronto Airports Authority. “Aviation drives economies and strengthens bonds by connecting businesses and people, and we look forward to the mutual benefits that this route will bring about, both for the Yukon and the Northwest Territories, and for Ontario.”

“We are a distinct airline in Canada in terms of our product and the inspiration and resilience we draw from our partners,” said Sparling. “Every move towards growth we have taken has been measured. Never more so than as we look towards the future following such economic challenges for our industry and the country. We’re convinced this is a step that will do a lot for the Yukon and Northwest Territories.”

Service to Toronto, operating via Yellowknife, will begin in May 2022 and operate for the season until the end of September. The flights are available for booking now.

Air North will operate twice weekly service between Whitehorse, Yellowknife and Toronto as of 10 May 2022.*

Air North, Yukon’s Airline was founded in 1977 and is 49% owned by the Vuntut Gwitchin First Nation. One in 15 Yukoners have an equity or employment stake in the airline. Air North operates a fleet of Boeing 737 jets and ATR 42 turboprops on routes throughout Yukon and to the Northwest Territories, British Columbia, Alberta, and seasonally to Ontario. In 2020 it was the recipient of the Travellers’ Choice Award for Best Airline in Canada and Best Airline (Specialty and Leisure) in North America based upon glowing reviews from its passengers.